Carl Orff's ever popular Carmina Burana is an energetic setting of twenty four medieval poems, mostly in Latin, but some in Middle High German and Old Provencal.

The poems cover a wide range of topics - the fickleness of fortune, the pleasure of new life and love in Spring, gambling, lust, drinking etc.

The music is sometimes lacking in any subtlety, even when the actual words of the poems are far more veiled in their meaning.

The fact that the music has been used many times in adverts and films is a tribute to its drama and enduring appeal. 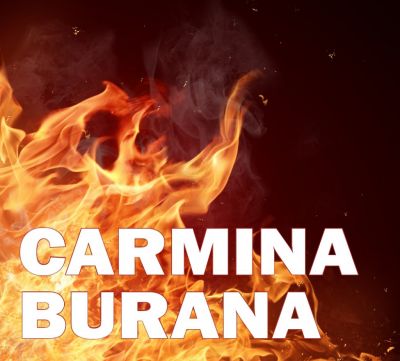 When Saturday's BBC Symphony Orchestra/Nottingham Harmonic concert is eventually broadcast on Radio 3, listeners should stand well back from their radios. If the engineers truly capture the experience in the Royal Concert Hall, the effect could well be explosive.

Faced with a forest of microphones, a choir could well be intimidated. But not the Harmonic. Orff's Carmina Burana may not be the world's most complex music, but it needs scrupulous attention to fine detail if it is to avoid sounding repetitive or superficial. The freshness which the Choir (together with the Choristers of Southwell Minster) brought to their roles made a concert warhorse seem like a frisky young colt. The singing was vividly characterful, irresistibly energetic and had the impact of a sonic tsunami. And more than anything the performance featured the best choral diction I have ever heard.

The soloists were splendid too. Tenor Samuel Boden played the comically poignant role of the strangled, roasted swan to perfection. Soprano Sarah Tynan was lyrically tender, unfazed by her stratospherically high notes. Baritone Marcus Farnsworth brought operatic relish to his multi-faceted part, equally convincing either celebrating the joys of spring or being an outrageously drunk cleric.

The Choir's own soprano quartet in 'Chramer, gip die varwe mir' also rose magnificently to the occasion, as did the semi-chorus in 'Veris leta facies'.

Conductor Gergely Madaras handled the vast choral and orchestral forces with great panache, digging out fine detail from Orff's score and adding some of his own (such as the raucously entertaining crowd noises in 'In Taberna').

He also brought energy and insight to the first half programme: Ibert's sensuously dynamic Bacchanale and Hindemith's Technicolor orchestral showpiece Symphonic Metamorphosis on Themes by Weber. The BBC Symphony Orchestra, percussion well to the fore, was on sparkling robust form throughout.