The success of Haydn's Creation was immediate, and its appeal has endured. With its bold use of orchestral colour, inventive rhythms and melodies and dramatic contours, Haydn depicts the creation story in an artistic, and sometimes operatic style. Started at the age of 65 and taking two years to complete, the work was considered the supreme achievement. It is a work of great love and faith, with the composer reflecting that he was 'never so devout' as during the time he was writing it.

NOTE: due to illness, Richard Edgar-Wilson who was originally advertised as performing with us in this concert has been replaced by Paul Nilon 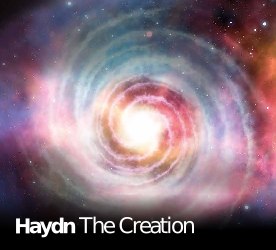